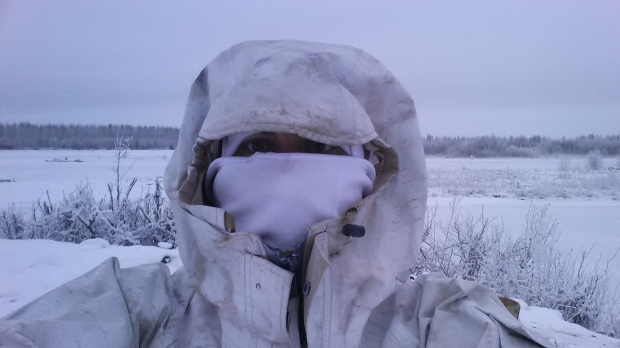 I was born in Indiana, grew up in an old money, religious based town in Kentucky, and joined the Marine Corps right after high school. There, I went to Iraq twice, got married, had a ton of adventures, did my time with little direction or motivation and tried to settle down afterwards and have a normal life. I worked in a factory back in Kentucky for about two and a half years, working roughly 50 hour weeks and going to school for criminal justice as well. Eventually I figured out that I hadn’t quite gotten all of the military out of my system and tried to reenlist to the Corps, however, thanks to the economy, they were in the midst of a drawdown and weren’t taking prior service. The Army willingly took me and I shipped straight to South Korea. Since then I’ve been to El Paso, Iraq again, made it through Sniper School and now landed myself in Alaska in a recon platoon. Along the way we had a daughter and a son, who have both changed a lot of things in my life and I wouldn’t give them up for the world, despite being little terrors. Now I have this blog, where I’ll be documenting all the crazy stories that I’ve been witness to through my years; expressing ideas, fears, joys, training, and adventures as they happen. Enjoy and use my experiences as means to learn, expand, and improve the world around you.

7 thoughts on “About the Author”